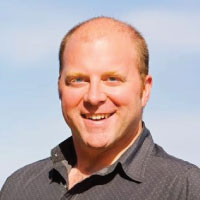 Dr. Puddester is an Associate Medical Director at the Ontario Medical Association’s Physician Health Program, and was previously Director of Physician Health at the Canadian Medical Association. He is the Special Project Lead for Innovation/Evaluation in the Postgraduate Medical Education Office at uOttawa where he is an Associate Professor in the Department of Psychiatry.

Dr. Puddester specializes in paediatric telepsychiatry. Previously, he was the Director of the Behavioural Neurosciences and Consultation-Liaison team at the Children’s Hospital of Eastern Ontario. He is a Certified (PCC) Executive Coach and exclusively coaches physicians and senior health care leaders. Finally, he teaches internationally on physician health, time management, inter-professional education, conflict management and medical education.

Dr. Puddester is the lead editor of the RCPSC’s CanMEDS Physician Health Guide and co-author of the RCPSC’s Time Management Guide. He also produced Carpe Diem (a physician resiliency documentary), and was the project lead for ePhysicianHealth.com and eWorkplaceHealth.com. 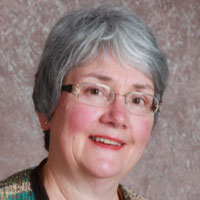 Dr. Mary Senterman was born and raised in New York State. She completed medical school and residency training in Obstetrics and Gynecology at the Albany Medical College, and then moved with her Canadian husband to Montreal. After a long year in General Surgery (which included a wonderful 3 month elective in surgical pathology), she did her residency training in Anatomic Pathology at McGill. She is certified by the Royal College of Physicians and Surgeons of Canada in both Obstetrics and Gynecology and Anatomic Pathology. Dr. Senterman was a staff pathologist and gynaecologist at the Montreal General Hospital for 11 years before relocating to Ottawa in 1992.

In Ottawa, Dr. Senterman concentrates on Gynecologic Pathology and Cytopathology, and maintains a clinical practice in the Colposcopy Clinic at the Shirley E. Greenberg Women’s Health Centre at the Ottawa Hospital.

Dr. Senterman has been involved in medical education throughout her career, both at the undergraduate and postgraduate levels. She has won a variety of teaching awards (some, several times) from the undergraduate medical students, Pathology and Ob-Gyn residents, the Canadian Association for Medical Education, and the Council on Resident Education in Obstetrics and Gynecology. She has also been recognized by the Academy of Medicine Ottawa and has been the recipient of the Ottawa Hospital Physician Clinician Recognition Award.

Dr. Senterman has filled a variety of administrative roles in the Faculty of Medicine undergraduate medical education arena, as well as in the Anatomic Pathology Division at the Ottawa Hospital and the Department of Pathology and Laboratory Medicine at the University of Ottawa. Dr. Senterman’s most enjoyable research collaboration has been with the ovarian cancer group led by Dr. Barbara Vanderhyden at the Ottawa Hospital Research Institute, where she has been an important bridge between what the basic scientists were observing in their mouse models and what the clinician gynaecologic oncologists were encountering in their patients.

Dr. Senterman has encouraged and mentored numerous medical students and residents over the years, and has spread the word about the importance of pathology within medicine whenever she could. 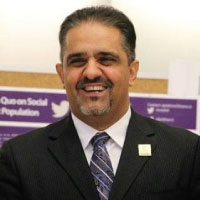 Dr. Jalali is a Distinguished Teacher and the Teaching Chair of the University of Ottawa Faculty of Medicine. He has a Medical Doctorate and a Specialist Diploma in Sports Medicine from the University of Liège in Belgium. Since coming to the Faculty of Medicine in 2003, he has been teaching Anatomy passionately and has developed an active research program in Educational Innovations use and usefulness: Podcasts, YouTube, TBL, Social Media, and 3D printing. Dr. Jalali has also an established track record of Leadership : UGME Unit Leader, Director of Practical exams, Interim Head of Anatomy and Social Media Advisor at Royal College. He has received numerous awards including the 2010 University of Ottawa Excellence in Education Prize.